Matchbox was born because I was making a multiplayer web game in rust, and I had the following problem:

How can I connect N web browsers with unreliable, unordered peer-to-peer connections?

Now, why did I want this?

Currently (and excluding browser plugins), the only way to connect web browsers with unreliable, unordered connections, is through WebRTC, which is notoriously difficult to set up.

There are a couple of projects that aim to make it easier.

For instance, there is naia-socket, which is an amazing project that hides away almost all of the complexity of connecting clients with WebRTC to a native server. The only problem is that it’s very closely tied to a client-server architecture, and offers no way to establish a connection directly between two browsers.

I stumbled upon a project by Ernest Wong, dango-tribute, which has patches that modify naia-socket so the WebRTC server is hosted in its own iframe in one of the browsers. This was almost what I wanted, but it’s still a client-server connection. I wanted connections between every player, which is why I ended up picking it apart and putting it back together as Matchbox.

So the word “server” above might make it sound like this is not really peer-to-peer. That’s not the case! The server is only needed to get peer connections up and running.

Though WebRTC allows peer-to-peer connections, establishing those connections is a bit tricky. The browsers need to know about each other, what their public IP addresses are, and how to traverse NATs and other pesky things in the way. Exchanging this kind of information is called signalling, and though the WebRTC spec describes what kind of information needs to be exchanged, it has been intentionally left out of the spec exactly how it is to be exchanged.

In any case, this meant I needed a signalling server, so I made matchbox_server.

Matchbox server is relatively simple rust web server application. Whenever someone wants to join a p2p network, they connect to a Matchbox server over websockets and provide a room id. Everyone in the same room is then notified about the new peer, and the server will relay whatever signalling messages those peers need to establish direct WebRTC connections.

There is also a special type of dynamic room, next_n rooms, where n is the maximum number of players in a room, which creates new rooms for the next n players to connect to the signalling server. i.e. it’s a very crude form of matchmaking. 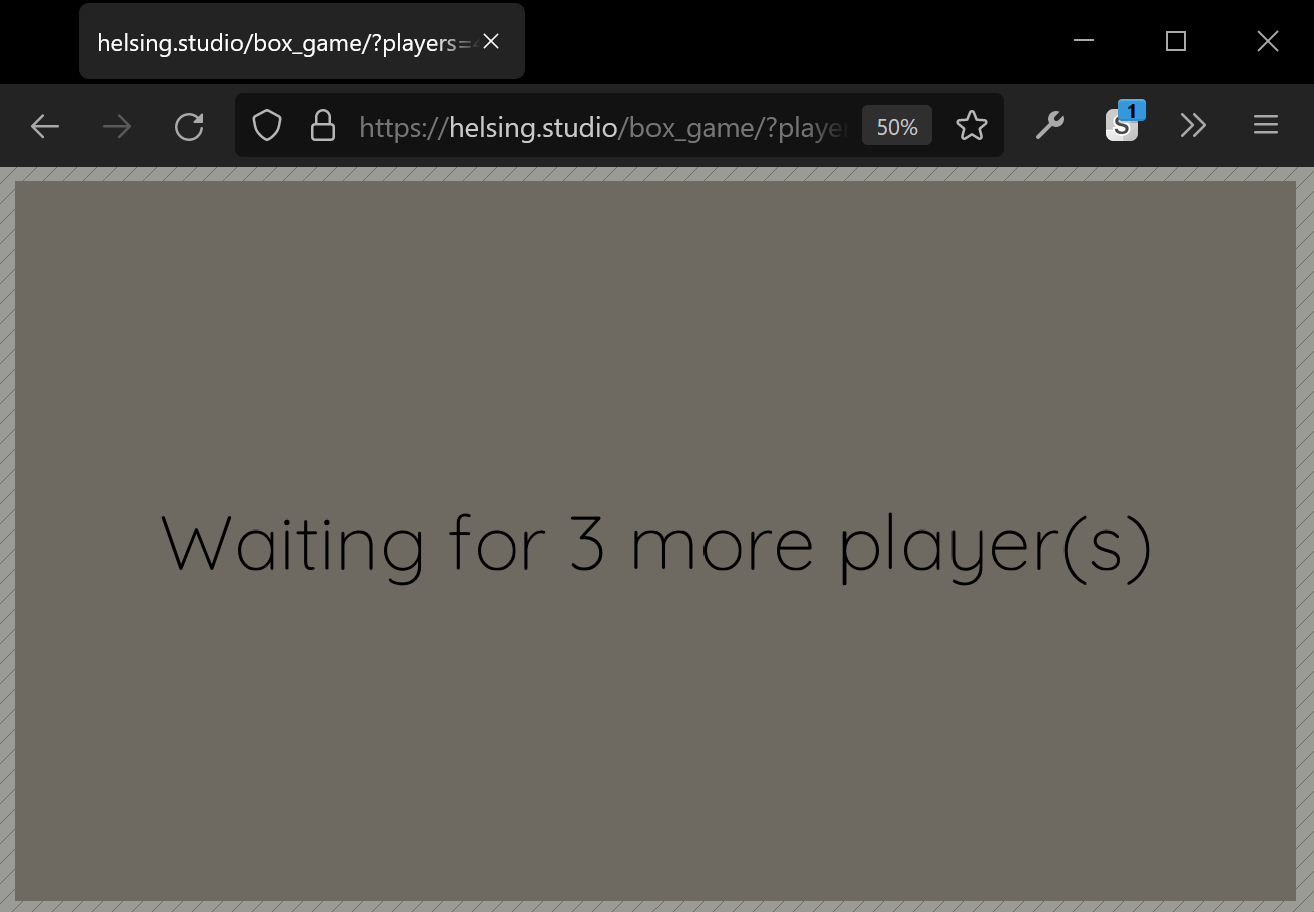 matchbox_socket is a rust crate that hides away the intricacies of how to connect to a matchbox signalling server and establish unreliable, unordered WebRTC data connections to all peers in the room.

All you need to do, is provide a matchbox server address, and .await or poll a message processing loop, and you will be notified whenever new peer connections have been established, and you’ll be able to send and receive messages to those peers using non-blocking regular function calls.

matchbox_socket also has a ggrs integration feature, which adds an implementation of ggrs ‘s NonBlockingSocket trait which means it can be directly used with ggrs.

For instance, here’s how to start a matchbox socket and handle messages in Bevy systems.

The easiest way to get a feel for how all this works in practice, is to take a look at the code of the matchbox_demo example.

It shows how to make a working browser multiplayer “game” (if moving cubes around a plane can be called a game). It uses matchbox_socket with the Bevy game engine and GGRS for rollback.

There is a live version here (move the cube with WASD):

NOTE: Make sure you keep each window visible while running the demo. Bevy currently stops running if the tab is minimized or hidden.

You can also start the example locally by cloning the Matchbox repo: https://github.com/johanhelsing/matchbox.

From inside the project folder build and start the matchbox server:

Then go into the matchbox_demo folder and build, run and host the example:

If you don’t have cargo-make you can install it with cargo install cargo-make .

You can now access localhost:4000 in two browsers and you should be able to move two cubes around with WASD.

It’s still quite early days for the project, and there are lots of things I want to fix. Improving code quality, adding proper error handling and disconnects are at the very top.

I’ve only yet tested this with a few people and a couple of browsers/devices, so there are probably loads of broken things I have yet to discover.

That’s all for now. Make sure to check out GitHub repository if you’re interested.